Thymosin alpha-1 (Ta1) enhances the Natural Killer (NK) system and stimulates the immune response by stimulating stem cells and augmenting the production of new immune cells. The immune system, now activated, then acts in concert to kill bacterial, fungal, or viral infections and tumor cells. It also improves the response to vaccines by stimulating antibody production.

When NK-cells find these “body invaders”, they activate your immune system. Unfortunately, NK-cell function, power, and activity fluctuate throughout your life. As your NK-cell function wears down, your response declines, your “immune system” doesn’t attack and kill the “bad guys” as vigorously as it should, leaving you more vulnerable to illness.

In 2009, a novel influenza A/California/07/09 (A/H1N1v) virus, was first identified in the United States. It caused outbreaks of disease in several countries, triggering the first pandemic of the 21st century.

Thymosin Alpha-1 peptide was tested during that time as an immune enhancing peptide that potentiated the efficacy of viral vaccines especially in patients who had a weakened immune system. It has since been used in the treatment of several cancer and viral infections because of its direct influence of killing virally infected cells and cancerous cells. 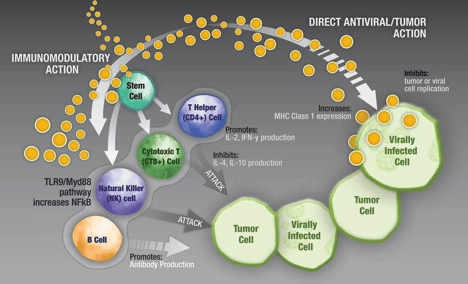 Ta1 has proven to be useful in a wide range of clinical indications. Over 4400 subjects have been enrolled in US, European and Chinese clinical trials investigating the use of Ta1, including primary treatment for subjects with acute infections, such as seen in severe sepsis, and for chronic infections including chronic hepatitis B (CHB), chronic hepatitis C (CHC), and HIV; as an adjunct treatment for cancers, including melanoma, hepatocellular carcinoma (HCC), and NSCLC; and as an enhancement to both hepatitis B and influenza vaccines in immune-depressed individuals.

What Our Customers Say:
Lifetime Health and Wellness is rated 2 out of 5 stars based on 13 reviews.

Review: Dr.Moore is an excellent and caring doctor. Hard to find a doctor that is so caring. My daughters have been coming to him for 6 years and they always feel great after an adjustment.

Review: There is a great new program offered to those who have diabetes. HYD. I'm now into week 12 and have lost 30 lbs my A1c just came back at 5.3 it was at 7.1 when I started and I have stopped insulin injections and 3 other diabetes meds Jennifer is a great support coach in this program. Ask her how to start. It's a game changer and it's not really hard to do !

Review: We have been going to Lifetime Health and wellness to see Dr. Martinez for 21 months now. The practice is amazing. The girls up front are so nice and friendly. Dr. Martinez is an awesome person. He is so patient and kind to my children, my 5 year old asks to go see him. He even adjusts her toys for her. My little guy has gone since he was almost 5 weeks old, he is now 22 months! Dr. Martinez healed his horrid reflux within days, no meds ever needed. He later fixed his torticollis. Helped his tummy issues. The list goes on. When the kids start to get sick we go get an adjustment first, we adore the treat the body as a whole vs. just a system mentality of the practice. We rave about Dr. Martinez, and the practice. Thank you all for everything you do for our children!